Soon, for the first time in America, college student-athletes will be able to be compensated for their immensely profitable work.

After Gov. Gavin Newsom signed Senate Bill 206, the bill that Nancy Skinner and I joint-authored that prohibits California colleges from enforcing backward NCAA rules that prevent student athletes from earning compensation, the entire college sports industry is on notice, and changing for the better.

Despite much empty handwringing about how this bill would destroy college athletics, the NCAA voted unanimously this week to begin a process that would let college athletes receive compensation for their names, images and likenesses.

Currently, student athletes are barred by NCAA rules from receiving money from their name, image and likeness associated with their team beyond the value of their scholarship, while the NCAA and colleges and universities rake in all the profits.

Nationwide, colleges and universities and the NCAA collectively take in over $10 billion annually from student athletics while our student athletes struggle to get by with basic necessities such as food and clothing. Allowing student athletes to profit off their name doesn’t take any money from these institutions, but rather enables college-athletes to benefit from their image in whatever way they please, like an athlete profiting off autographs or a public appearance, or a company that wants a student-athlete to sponsor their product.

Some argue that the scholarships and fame provided to student athletes is enough compensation, but they are severely divorced from the realities for many families.

The 15 minutes of fame doesn’t really help a college athlete’s life if they can’t get access to the money they need to help with their family’s bills or feed themselves. These students get temporarily famous, without any compensation, while the institutions pocket all the money and prevent athletes from earning money outside of school from this newfound fame.

This problem is also clearly a racial-justice issue. According to data compiled by the NCAA in 2018, 56% of Division 1 basketball student-athletes are black, and 48% of football players, the only two major revenue-producing college sports. These athletes are neglecting their studies and risking their health and professional prospects to provide a product that produces billions of dollars of revenue without seeing a dime of it.

These prestigious universities and video game companies will glamorously market their dynamic black athletes to the passionate fan base, while that athlete may be struggling to pay for food or provide financial assistance back home.

Despite being about 50% of football and basketball teams, African-American athletes only make up 3% of the undergraduate population. This initiative will not only incentivize athletes to stay in college longer, but improve graduation rates as well.

This measure also aids female athletes, who typically have fewer opportunities for professional careers. For most, the time to showcase their talents and market their name, likeness and image is in college.

Despite the endless hand-wringing by the NCAA and other college sports institutions, this development really isn’t even radical. It’s not the broader structural reform that would take revenue from sports institutions and put it in the hands of the players making the profit.  It’s simply about eliminating antiquated rules that prevent student athletes from earning compensation, putting them on the same playing field as every other student who is allowed to accept outside money for their name, image and likeness.

SB206 addresses this civil rights issue of today, which is about fairness and equity. Our colleges and universities should no longer treat student athletes as chattel, but as the valued individuals they are. It is only right and long overdue.

I’m heartened to see action taken by the NCAA to follow in our footsteps. This week’s vote is a tremendous first step in the right direction to ensure a more fair and equitable process for college athletes.

23 hours 25 min ago
RT @CASenateDems: Elected in 2016, @SteveBradford serves the nearly one million people of SD 35. Sen. Bradford made history as the fi… https://t.co/BepNTM0aWU

5 days 19 hours ago
@CABlackCaucus and Smithsonian Channel celebrating Black History at @CAAMinLA by viewing the documentary, Black in… https://t.co/gv8Wv31mNr

6 days 3 hours ago
W/ ⁦@Lakers⁩ great "Storming" Norman Nixon at the State Capitol as he advocates for funding for the ⁦… https://t.co/jrF2OvNqpr

6 days 3 hours ago
Welcoming @OfficialDADance to the Senate floor. They are changing lives through dance and the arts. Thanks for your… https://t.co/gQFl6FRFZc 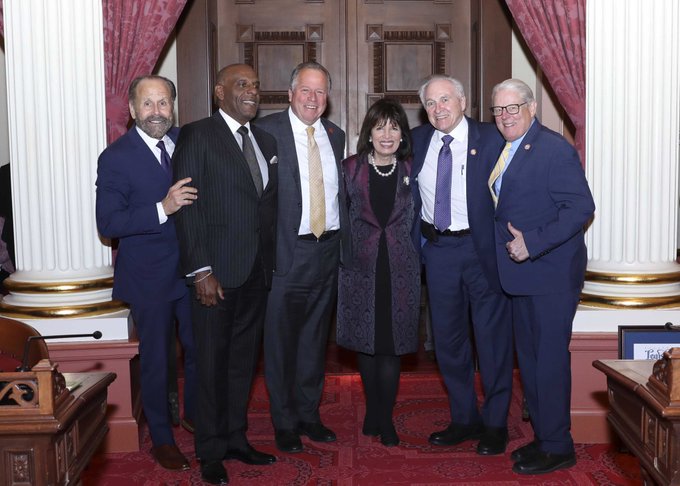 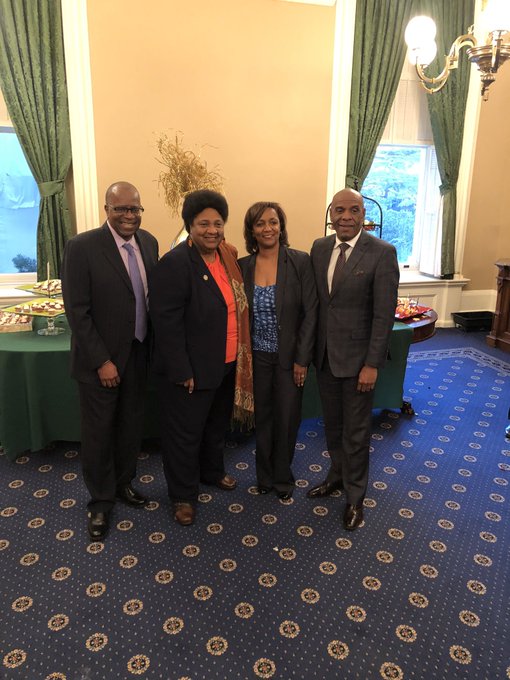