“If last summer’s nationwide protests and calls for police reform have shown us anything, it’s that Californians want more than just a superficial change,” said Senator Bradford. “If many professionals licensed in the state of California can have their certification revoked for committing serious misconduct or abusing their authority, then why not police officers?”

“It is critical that California’s police officers meet the highest standards of conduct and have the trust of our communities,” said Assemblymember Rob Bonta (D-Oakland). “The vast majority of officers want to do what’s required to build and keep trust with the communities they serve. I’m proud to co-author SB 2 by Senator Steven Bradford which would bring us closer to achieving that goal.”

SB 2 will create a statewide decertification process to revoke the certification of a peace officer following the conviction of serious crimes or termination from employment due to misconduct. Additionally, SB 2 will strengthen the Tom Bane Civil Rights Act to prevent law enforcement abuses and other civil rights violations.

“The legal standard in California should be that no one - not even police officers - has immunity from the consequences of violating someone’s civil rights,” said Carl Douglas, President of Douglas/Hicks Law, and Consumer Attorneys of California Board Member. “Bad court rulings have given police a blank check for misconduct without consequence. As long as we are unable to hold officers accountable, our communities will continue to suffer with no recourse to justice. SB 2 will finally end immunity for officer misconduct, and ensure officers who use illegal force can’t re-offend.”

The recent amendments to SB 2 are largely identical to Senate Bill 731 (2020), the Kenneth Ross Jr. Police Decertification Act of 2020. Several of the changes include the following:

“California is a national leader in many efforts, but in this one we are dangerously behind the curve,” Senator Bradford stated. “Californians are urging us to pass meaningful and systemic reform that will improve the relationship between police and the communities they serve for generations to come. Like so many people in our state, I look forward to working with Pro Tem Atkins, our co-authors, and all stakeholders to have this bill signed into law.”

“On October 10, 2016, my son Mauricio Barron was hit by a car, injured and unarmed on the side the I-5 freeway in Irvine when a motorcycle Highway Patrol officer pulled up and shot him in the head and arm, taking his life. He did not call for backup or have his radio on,” said Leticia Barron, CA S.T.O.P Coalition. “After the legislature failed impacted families last year, the Bane Act must be addressed and SB 2 must be passed to help protect people that don't deserve to endure the pain my family has experienced.”

“San Diego Sherriff Christopher Villanueva shot Sergio Weick 28 times and was never held accountable for that murder. On July 5 of 2017, he shot my cousin Jonathon Coronel 16 times in the back just a few months later, continuing his pattern of killing people of color,” said Rocio Zamora, CA S.T.O.P Coalition. “We need a decertification process now, so that Villanueva and all officers are not allowed to continue their patterns of abuse.”

“On April 11, 2018 my son, Kenneth Ross, Jr. was murdered by a Gardena police officer who shot three other people in previous incidents,” said Fouzia Almarou. “If Officer Robbins had been decertified after the first shooting, Kenneth would likely still be here, with his son, his siblings, and me. I’m going to fight with everything in me to get this bill passed so this doesn’t happen to anybody else.”

1 day 4 hours ago
RT @Parra4Congress: Best of luck to Andrea Perry, Vice President in Mercury's Sacramento office who is moving to Mercury's Manhattan of… https://t.co/jAhBJmwm9h

1 day 4 hours ago
RT @SenJoshBecker: 1/2 President Biden today made Juneteenth a federal holiday to celebrate the day news of the Emancipation Proclamat… https://t.co/iMCT84oPTT

1 day 4 hours ago
Thank you to all of my colleagues who spoke & supported #SCR41 today! As we were acknowledging #JuneTeenth2021… https://t.co/tcBqOfZFcP

2 days 3 hours ago
Honored to join Gov @GavinNewsom & colleagues to say thank you to all the incredible front line medical workers at… https://t.co/vAcu2sF6WK

2 days 21 hours ago
This is a great step, many more to go!! ✊🏾 Everyone should be celebrating the last moments of an abhorrent period o… https://t.co/5Dynhd89qI

2 days 21 hours ago
RT @NPR: JUST IN: The Senate unanimously approved a bill that would make Juneteenth, the date commemorating the end of chatt… https://t.co/E90ZosBON8

2 weeks 7 hours ago
Great time at the @DominguezHills Commencement today!! Congrats to all the graduates!! #CSUDH https://t.co/nQoHRUYu8h 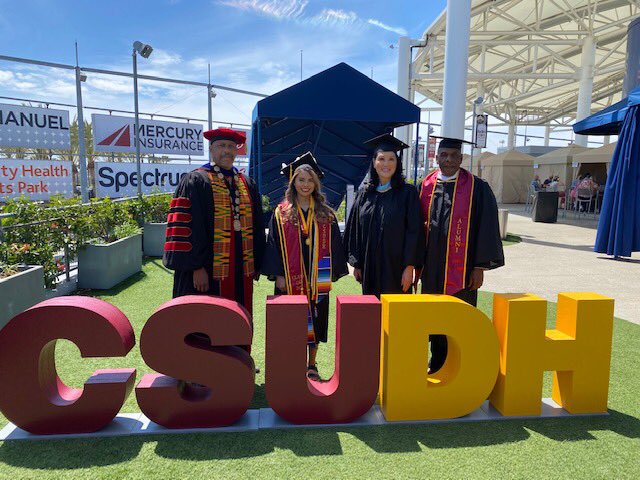 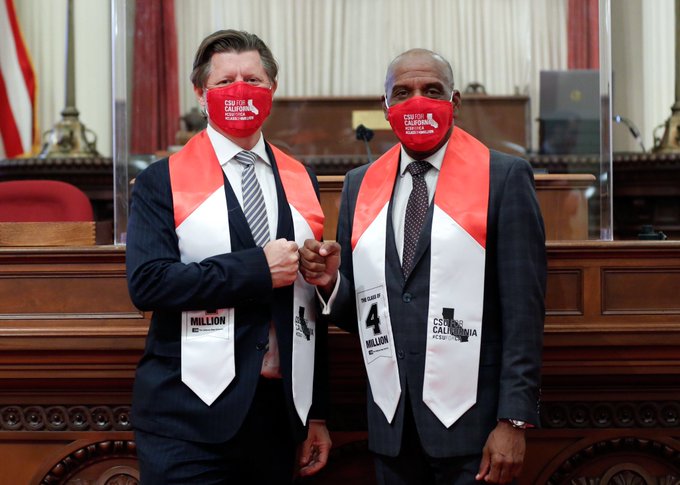