﻿Senator Bradford joined in the dedication and celebration of the return of Bruce’s Beach. The morning started off with the unveiling of a new plaque that depicts the true history of Bruce’s Beach. The Senator joined Supervisor Holly Mitchell, Supervisor Janice Hahn, Kavon Ward, Anthony Bruce, Chief Duane “Yellow Feather” Shepard, former Manhattan Beach Mayor Mitch Ward and others to celebrate the the return of the beach-front property that was years in the making. The Senator spoke about the significance of the unanimous bipartisan support to pass SB 796 which proves how apparent the wrongdoings were and how important this issue it is to everyone. Senator Bradford made it clear that this returning of land is not a form of reparations; It is about returning what was stolen.

“I am extremely proud to have authored Senate Bill 796 that allowed the County of LA to transfer the Bruce’s Beach land back to its rightful heirs, the great-grandsons of Charles and Willa Bruce. I commend Supervisors Janice Hahn and Holly Mitchell’s leadership in standing up to address racial prejudice and having the courage to right historical wrongdoing. The County’s plan will accomplish my legislation’s objective of rectifying the historic injustice that was done to the Bruce family,” said Senator Bradford.

In 1912, a young Black couple named Willa and Charles Bruce purchased beachfront property in Manhattan Beach and built a resort run by and serving Black residents. It was one of the few beaches where Black residents could go because so many other local beaches were off-limits to people of color. The Bruces and their customers were harassed and threatened by white neighbors and targeted by the KKK. In 1924, the Manhattan Beach City Council moved to seize the property using eminent domain. The City took the property in 1929 and it remained vacant for decades. The property the Bruce family once owned was later transferred to the State and in 1995 transferred to Los Angeles County. Despite the Statewide efforts to return the property, the City of Manhattan Beach has yet to apologize for the racially-motivated misdeed that the city perpetrated in 1924, when the city utilized eminent domain which stripped the Bruces and other Black families of their property, business and generational wealth.

According to the County’s Transfer Documents that were approved today, the County will sign a 24-month lease agreement with the Bruce Family and rent the property from them for an annual rent of $413,000. The Lease Agreement also includes the Bruce’s' right to require the County to acquire the Property within a certain timeframe, and the County's right to purchase from the Bruce Family within a certain timeframe, for a purchase price not to exceed $20 million.

“This agreement will allow the Bruce family to realize the generational wealth which they have been deprived for generations, simply for being Black in America! We cannot change the past, but we owe it to the future generations to eliminate structural and systemic racism that still exists today,” explained Senator Bradford. 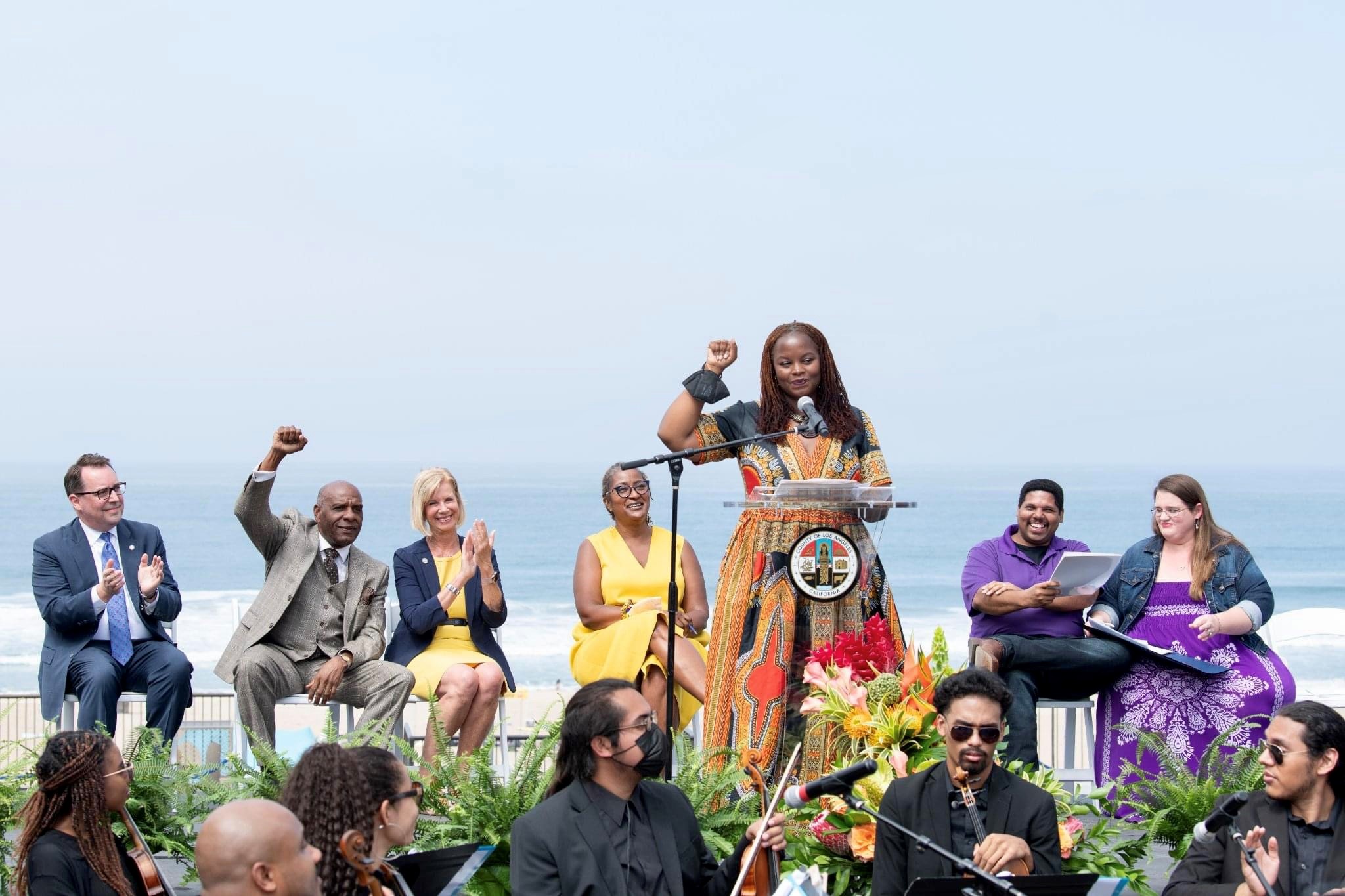 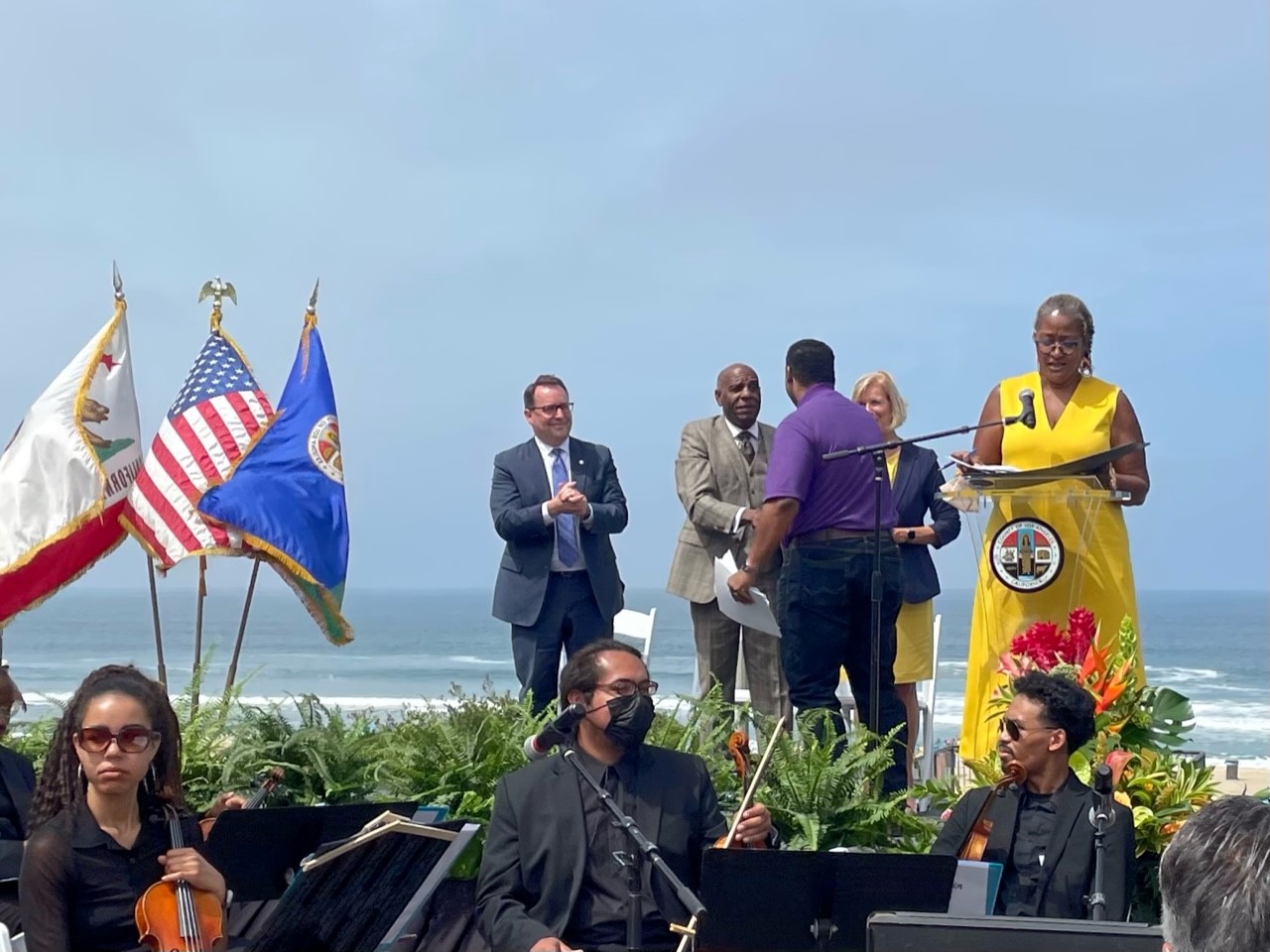 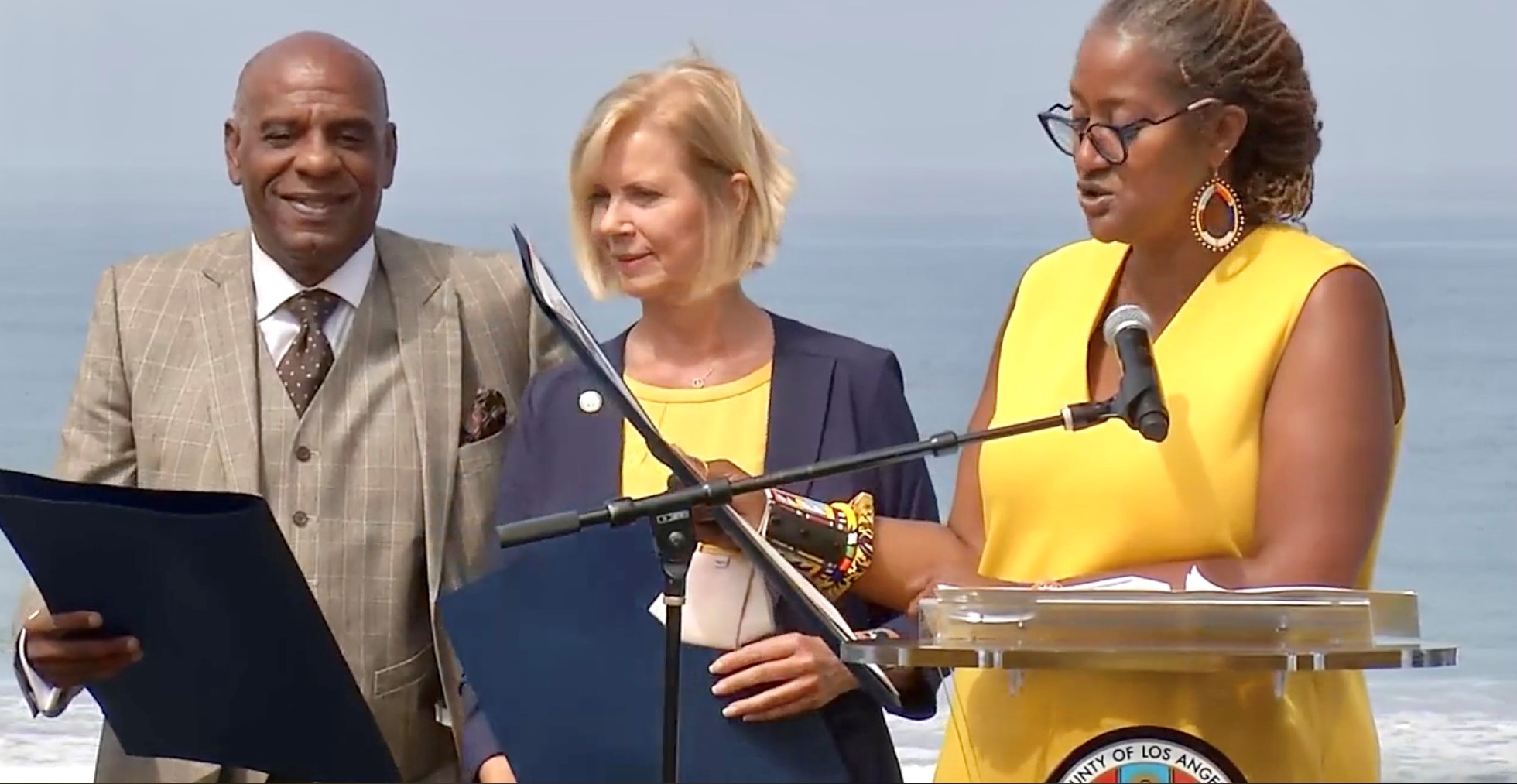 2 days 13 hours ago
Honored to receive Lifetime Achievement Award from @NBCSL77 at the 46th National convention in Las Vegas! https://t.co/iy2BLodol9

2 days 21 hours ago
Honored to be nominated by the members of the National Black Caucus of State Legislators (@NBCSL77 ) to receive the… https://t.co/x4ipTFp0O4

1 week 3 days ago
Senator Bradford Hosts Annual Turkey Giveaway and Legislative Resource Fair Thank you to everyone who came out! 🍁🦃 https://t.co/Q3Yi4kOB8q

1 week 3 days ago
Happy Thanksgiving 🍁 enjoying my time with family- I’m so grateful!

1 week 6 days ago
@ProfJsonBostick Thanks!

2 weeks 4 days ago
It's official, @KarenBassLA has made history by becoming 1st woman Mayor of LA- at a time when this City, state an… https://t.co/3ajajjxg4A

2 weeks 6 days ago
The people have spoken loud and clear. LA's not for sale! Though it hasn't been called, I’ve done this long enough… https://t.co/s4m8pzDq4y